I like to ask people one particular question to break the ice: if you have all the time and the funds in the world, where is the one place that you would go to?

It is a hard question. Most people need a few minutes to think about the different places they would like to visit. Some could not even come to a decision! Often, it changes over time. When I was a young girl, it was France. After talking to some people in high school and doing plenty of research, it became Morocco. And for the longest time I had dreamt of going to Morocco, getting lost in its ancient medina, sampling the food, and marveling over the patterns and architecture. 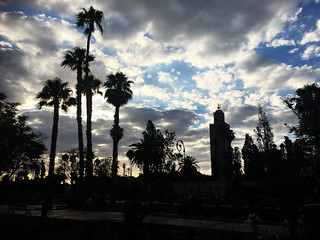 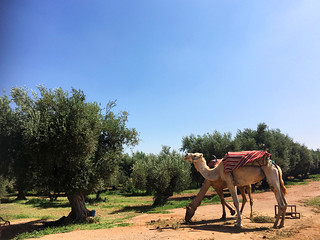 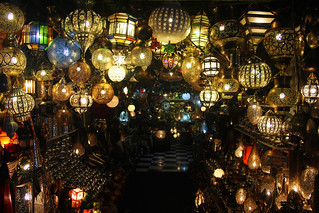 This summer, we had just finished the semester and was in need of a break, so we booked a ticket to Marrakech. We went there not knowing what…

How much Biryani is too much biriyani?  One, two or three portions? I hope this question must have haunted you too like me. Well, till I went for the Times Biryani trail with none other than the one and only Marryam Reshii (I would like to call her the food queen of Delhi!), the well-known food critic behind the Times Food Guide,  I never had an answer for this question.

I got the answer on a hot and humid September afternoon at Delhi when I along with around 25 other die-hard biriyani fans started an adventure of tasting the most famous biriyanis in Delhi.

We started in right earnest,  all of us eager and raring to go like a bunch of school kids on a school picnic. From 12 noon to 7 pm in the gap of 7 hours we had tasted 6 biriyani’s crisscrossing Delhi in an a/c bus. At the end, we were feeling that maybe a few more biriyani’s  would have been great.

We first went to Daryaganj, walked through narrow lanes and to the residence of Shibli Anis, who along with family was there to welcome us with a chilled glass of Khus Sharbat. Shibli runs the royal cuisine of the walled city called ‘Delhi 6’. We were served fluffy and non-spicy Delhi Mutton Biryani and Raita, which were melt in the mouth and tasty.

From there, we went to ‘The Smoky Chettinad’ at Mayur Vihar, Phase-1. This is a cosy small open kitchen delivery only setup run by a couple who cook Chettinad Cuisine using traditional spices. On arrival we were served traditional Butter Milk as welcome drink, later accompanied by Chettinad Mutton Biryani and Raita. The mutton biriyani had boiled eggs in them, which made it extra tasty and different and the biriyani was typical spicy chettinadu variety.

We then rushed to Oh! Calcutta in Nehru Place, which celebrates the spirit of Bengal and makes you revisit the lost culinary delights served only in Old Kolkata. On arrival we were served Lemonade made from Gondhoraj (special lime you find in Kolkata), accompanied by Murgh Biryani and for the first time to the delight of our vegetarian friends, Veg Biryani also. The speciality of Kolkata biriyani is that they add potato along with pieces of chicken.

Our penultimate destination was a surprise for everyone. Tucked away in Adhichini, Aurbindo Marg the Parsi Bhonu named ‘Rustoms’. The interior of the restaurant had been done up in the traditional style of Parsi homes. The ambience is very homely, especially with the presence of the bubbly and vivacious Kainaaz, who manages the shows very professionally.

The main course platter was a spread of Mutton Pulao served along with Masala Dal, Salli and Dahi Kachumbar. This was the best fare among all the restaurants we visited and I will recommend all foodies to visit Rustoms at least once and enjoy ‘real Parsi Bhonu’!

Our final destination was ‘Mahabelly’ in Saket, behind DLF Mall, in Restaurant block. This is a new restaurant serving traditional Kerala dishes. They served us Chicken Biryani and Prawn Biryani. Everybody loved and gorged on the prawn biriyani which is a class apart.

I don’t know if any gastronome had said it earlier,  even though I don’t care,  but after this trail, I’m famously putting my first quote on Biryani and dedicate it to all die-hard biriyani fans:
“There is nothing like an overdose of biriyani. The more the variety of biriyani the merrier.”

Come explore the beautiful world of food, travel and automobiles with me